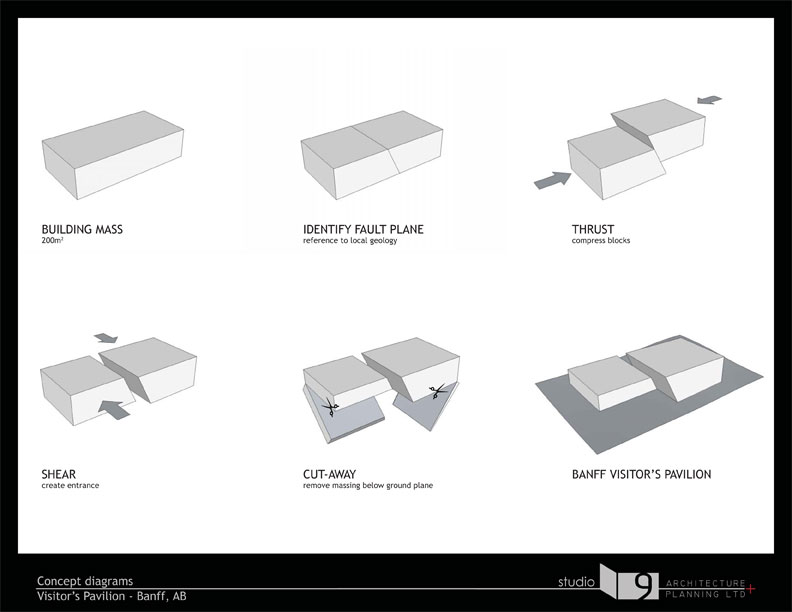 The dramatic and dynamic mountainous region surrounding Banff, Alberta is the result of millions of years of geological momentum.  This proposal for a visitor centre and public restrooms represents the dominant forces of nature that have thrust massive cumulations of rock and earth skywards in this geologically active zone.  Beginning with a simple building mass, operations that mimic natural forces are applied to the mass to influence its shape.  The thrust and shear, as evidenced throughout the Rocky Mountains, is reflected in the building form and results in a visitor centre that not only provides a utilitarian function but exists as a learning tool, a physical example of the geological forces still active today in the region.